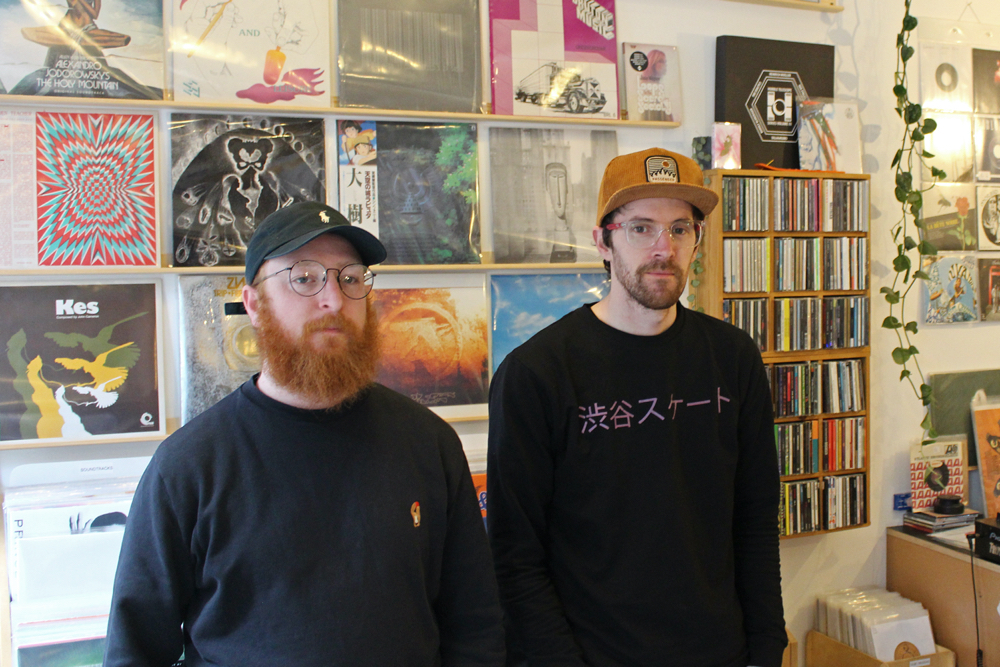 We opened in August 2018, so we’ve had the shop here for about a year and a half now. We don’t have a specialism, just good records.

There’s all genres for every kind of shopper – as soon as you specialise, you’re discriminating against specific tastes. We listen to everything and that feeds into what we sell. When you work in a record shop, you’re exposed to things you wouldn’t normally listen to – you end up getting into it from the shop. Today we’ve been listening to African music, Brazilian music, nineties hip hop…

We mainly sell used records, and a few new, but for those we like dealing direct with the artists and labels, you know the money is going straight to the source of the music.

Gareth: I managed another record shop before SK1, in New Mills. The town was quite small, quaint, but the shop got featured in HiFi magazine, and when they heard I’d moved here they got in touch to do a feature on SK1. I wanted to do a more shop orientated job, where I can talk to like-minded people that come in. Selling online is very faceless, just staring at your laptop all day. Working in SK1 definitely feeds my own buying habit, too. I like blues the most, that’s probably what takes up the most space in my own collection.

Joe: My background is selling records online, and I’ve run my own labels for about fifteen years too. I got all kinds of stock, really varied, whether it’s two hundred deadstock that didn’t do well when it came out, or the last few copies of something really popular. I release music too, under Synkro and Akkord – broken techno, minimal drum and bass.

We go to a lot of markets and festivals to get good records. You always see a lot of the same guys in different towns, proper diggers who get there at nine in the morning on the hunt for the best stuff. The best way to recognise the rare records is experience, digging and selling – after ten years of handling about a hundred records a day, you get to know what’s valuable. Sometimes you can tell just from the cover – the label, the credits – and when it’s not a big investment, it’s worth taking a gamble.

Joe: We get stuff from other dealers too, the stock they’ve had hanging around for ages and want to get rid of.

Gareth: We had a guy come in with old shellacs, 78s, some of those are worth thousands. But they’re a hard market because not many people even have the equipment to play them, and they’re so fragile. If you sell it online you’d have to wrap it in a pillow to ship it, it’s risky.