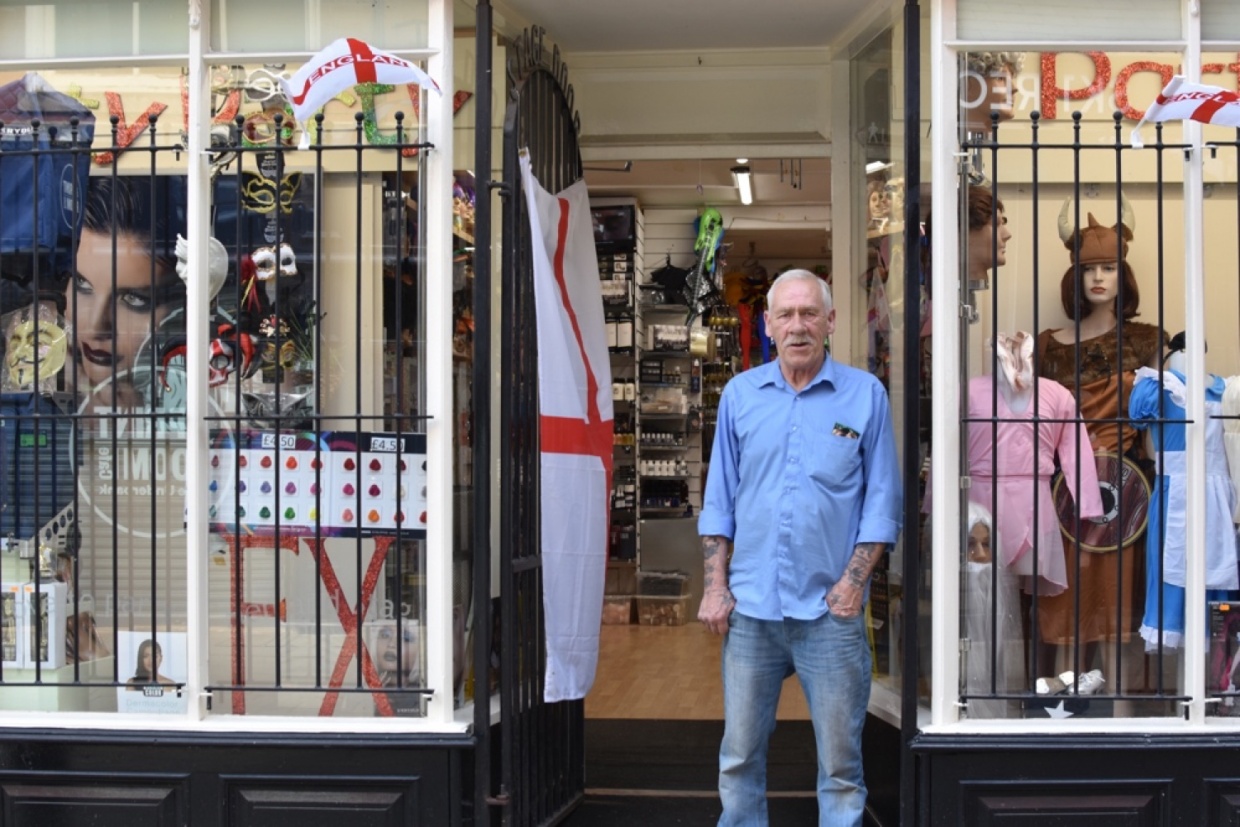 Pat: I first came here in 1971. I was going to put a deposit on a house, £200. So I was driving up here and I seen these shops are all empty, and I decided to put the £200 into a business rather than a house. My Mam had a shop in Tibstreet so I used to help her out. She used to do a few jokes in it, and I could see a market in jokes, so my first shop I opened up was just jokes. It was called a joke shop which I’m still known for in Stockport today. It’s never lost that image. After seven years we were making costumes. My first costume I made was my wedding dress which I turned into the Queen of Hearts.

There’s a lot of history here. We’ve got a historic clock down there that used to chime – people used to go down and take pictures. I’ve been here since ’71, of course I remember it!

The basements to the shops are seventeenth and eighteenth century. My daughter used to hold raves down there once a month in the 80s. The police rang asking if I knew what was going on. I said, She’s having a party. When I got there they pointed to the queue from the Red Lion right round to Royal Oak Yard and said, I don’t think this is a party. Someone had copied the tickets and flogged them. That was her last party.

Royal Oak Yard was where the Rolling Stones played, Jimi Hendrix, and they’ve used here for films, Chariots of Fire, and Yanks up in the Market Place.

When they pedestrianised this I had nine staff, and within three weeks it was down to five. People used to come in and say, I didn’t know you were here. I haven’t heard that for 30 years. The internet’s done a lot of damage obviously. I think it will come around where small independent ones might still survive, if they’re given a chance.